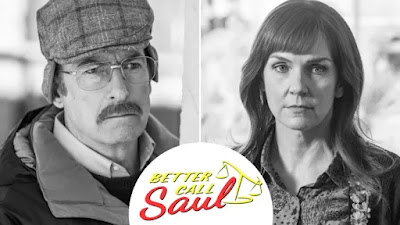 'Saul Gone!' not only is that the perfect pun for the title show's finale episode but also a worthy label for the perfect conclusion to a 14-year masterpiece of Vince Gilligan & Peter Gould.

The series that primarily explored Breaking Bad's meth kingpin Walter White's lawyer, Saul Goodman whose real name is Jimmy McGill and his background, came to a satisfactory ending. The finale revealed his apprehension by the Nebraska police & trial for his crimes with former client and accomplice, Walter White. This allowed me to breathe a sigh a relief as I was nearly convinced that Jimmy was destined to a similar fate as his ex-client where he’d most likely meet his own death while on the run. Thankfully that was not the case for him *pun intended*.

While the episode proceeded to present the current timeline of the aforementioned events, it also gifted us with three flashback scenes from his past that were never shown to the audience before. Two of them explored scenes where Saul/Jimmy talks about regrets with Mike Ehrmantraut and Walter White while the third shows when he and his older brother, Chuck were still on good terms.

The flashbacks of Saul with Mike and Walter reminded me of how when someone begins to think of some of their biggest regrets in life when they are going through a rough patch; which is what Saul asked both of his partners in crime about. The only difference was Walter was more arrogant with his response compared to Mike who was more calculating as he is known to be. The writers did a great job of maintaining Walt and Mike's personalities in those two scenes; considering how closely the fans pay attention to such details due to their undying love for the two shows and their cast. 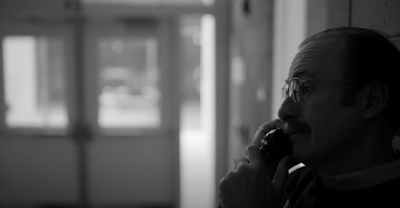 Considering everything Jimmy said in the courtroom to finally fess up and serve his time, it got me thinking that the only thing he didn’t regret was marrying Kim Wexler, the love of his life. He had no problems going back to being Jimmy unlike Walter who once he became Heisenberg he had no chance in reverting to his old self and ultimately met his demise in a blaze of glory in true Heisenberg style. Whereas Jimmy could be safe in the knowledge his choice meant he could put his regrets to bed knowing he's owned up to his mistakes and is finally taking responsibility for his actions. This was the perfect send off for his character in my opinion.

On the other hand, the flashback with Chuck exhibited how things could have gone differently if Jimmy had spent more personal time with his older brother, Chuck, who the viewers were led to believe was the main cause for Jimmy to go back in his old questionable ways of doing things. The complexity of their relationship was further deepened with that revelation, which is what makes this show and the characters as unique as its predecessors.

More gifts were parted by the showrunners in the form of cameos from old faces. Hank Schrader's widow, Marie, and Jimmy's old rival in the court, Bill Oakley. When he lied in front of Marie with Bill's help to get a sentencing hearing, it only proved that there is that one part of him which will never change and that he will resort to any shady tricks to get what he wants. This was further proven when he goes back on his word later in court and puts his attorney Bill at a tough spot. This is because he finally experiences a moment of clarity that he will be better off in prison as Jimmy McGill than roaming the streets of Albuquerque as Saul Goodman. I would like to think that he believed this was his only salvation considering everything he realized about regrets, the laws he’s broken and the relationships he’s destroyed.

Posted by Daily Cosplaynet at 9:25 pm