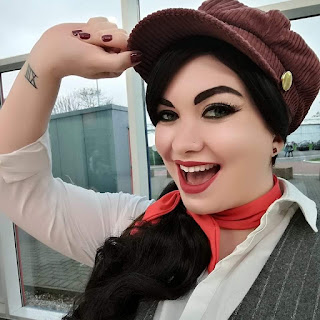 A well known cosplayer, competition judge and founder of the Basingstoke Cosplay Collective Cosplay group which ran for 6 years.  Most known for Agent Carter and Lois Lane cosplay appearances at Comic Cons up and down the country. Skye regularly cosplays for charity as well as guest appearances at festivals, cinemas, nationwide and independent stores and community events.
Skye's favourite UK conventions include MCM London, MCM Birmingham, Wales Comic Con and she loves attending smaller local conventions too.
A self confessed geek, her fandoms include Marvel, DC, The Walking Dead, Harry Potter, Disney, Star Wars, Outlander, Stranger Things, Cobra Kai and many more. Skye is a film buff and loves the cinema. She loves to travel, hike, craft and lives a vegan and eco friendly lifestyle.
Skye has been keeping this ship sailing since 2012 through all its changes and challenges.
Instagram: @skyefawkescosplay
Writers:
Writer: Sammy
Pronouns: She/Her 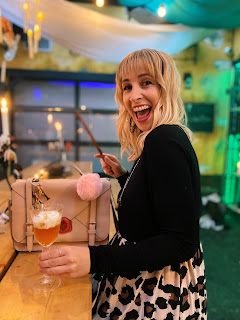 Just a self confessed nerd travelling the world. Currently residing in Vancouver, Sammy has been to Comic Cons all across the continents; including London's MCM, Wellington's Armageddon, Melbourne's Supernova and Vancouver's very own Fan Expo! Sammy will occasionally dabble in cosplay but her main hobbies right now are gaming, lightsaber/staff spinning, jamming out with her ukulele/guitars and aerial hoop. Some of her favourite fandoms are Marvel, Harry Potter, The Walking Dead, Lord of the Rings, Disney, Zelda, Final Fantasy and Throne of Glass/A Court of Thorns and Roses. 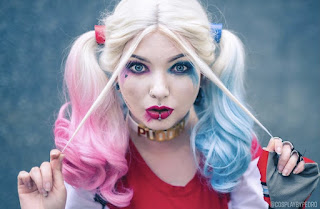 A well known cosplayer, Nayru has guested at conventions and hosted stage panels at MCM London discussing important topics in cosplay such as body confidence and how to get started in cosplay. She has been cosplaying for 5 years and attended conventions every year, having cosplayed over 50 characters in this time! A true geek and gamer for as long as she can remember, her favourite fandoms include Harry Potter, Lord of the Rings, Marvel as well as games such as Zelda, Tomb Raider, Fallout and Genshin Impact; and anime including My Hero Academia, Re:Zero, and Akame Ga Kill! 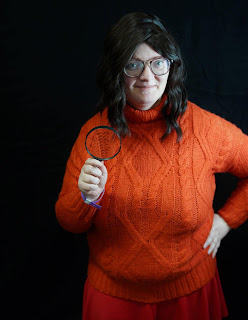 A cosplayer residing in sunny Brighton in the UK, Jennifer’s passions lie in her creative outlets. Jennifer has been cosplaying since September 2012 after a whirlwind trip to Warwick castle in costume and has been attending comic cons since March 2013. Some of her favourite cosplays include a femme Oberyn from Game of Thrones and Velma from Scooby Doo. Some of her favourite fandoms include Buffy the Vampire Slayer, Marvel, Dynasty Warriors and Jurassic Park. 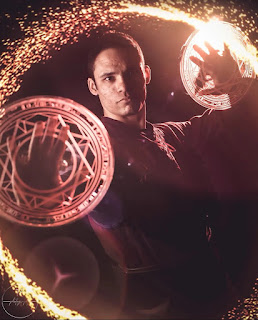 Kalum is a cosplayer and prop designer from Bedfordshire. He's been cosplaying since 2016 and it's been a huge part of his life since. He works closely with @ld3dstore to design and produce props to help bring some of his favourite fandoms to life! What are these fandoms? you may be asking...one of his biggest fandoms has to be Marvel. Kalum grew up surrounded by the MCU and some of the comics and he loves so many of the characters with a few specifics he currently cosplays Wong and Doctor Strange. To boot he also loves playing Overwatch, Smite and Genshin Impact (probably the 3 games he has the most game time playing) and yes, cosplays from these games are up and coming so stay tuned! So as you can see, films, TV and games are a pretty big part of who he is, but furthering this he also plays competitive Yu-gi-oh! and Magic: the Gathering so much of his free time is spent at his local games store getting in practice for the next big tournament! Finally to round things off, being the huge Star Wars nerd he is, he also spends time training with Silver Sabres who you might have seen make appearances doing shows at some of the major cons, so if you see them be sure to pop along and get yourself booked in for a taster!
Instagram: @the_wong_cosplay
Writer: Jordan
Pronouns: He/Him 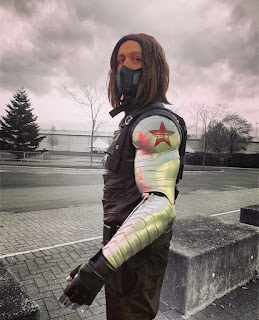 Living in Staffordshire, UK with his family, Jordan has been into cosplay for over 6 years cosplaying characters such as; Winter Soldier, Magneto, Kylo Ren, Zemo, Jigsaw, Deadpool etc with his main one being winter soldier. (He also currently has a few "work in progress" cosplays going right now as well). Jordan has been attending Comic Con conventions for even longer than he's been cosplaying and he loves all things geeky.
His favourite fandoms are Marvel, Star Wars and DC. He loves collecting all things Marvel such as; Pop Vinyls, Hot Toys and Marvel props. As well as that, he is also into 3d printing and he has made a few cosplay props along the way!
Instagram: @justalittlecosplayhere
Writer: Keara 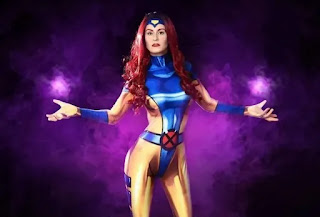 Currently residing in Abbotsford, Keara is a new mom who has been cosplaying for 12 years and has attended many Vancouver conventions.

Her favourite fandoms include X-Men, Underworld and Disney as well as games such as Zelda,League of Legends, Fallout and Dead Space. Can't forget her favourite animes including Sailor Moon, Cardcaptor Sakura and Dusk Maiden of Amnesia.

She is know to manage and organise the Vancouver Sailor Moon cosplay community as well as the photo shoots. 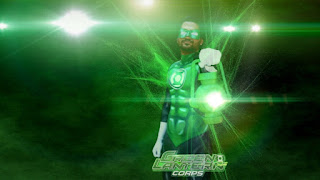 Arthur has been cosplaying since 2017 when he first did a closet cosplay as The Punisher for
Middle East Film &amp; Comic Con. Since then, he has cosplayed 16 characters ranging from comic book heroes, supervillains, anti-heroes, pro wrestlers, movie, and video game characters. Some big names in that list include Green Lantern, Spiderman, Thor, John Wick, The Crow, Chris Jericho, Sting, and Sub Zero.
His journey has propelled him to also become a performer at local market events and birthday
parties where he works with children, along with also becoming the ambassador for Fan Expo
with the responsibility of bringing the local community together by arranging mini events and
get-togethers for cosplayers.
He has been a very positive influence in the Vancouver cosplay scene where he began holding movie-cosplay meetups for films such as Spiderman-Now Way Home, The Batman, Doctor Strange: Multiverse of Madness and Thor: Love and Thunder. A format he set up starting with a photoshoot before the film where a photographer would click pictures of all the cosplayers individually and in groups.
It is his enthusiasm and undying love for cosplay and the community which led to his arrival at
Daily Cosplaynet as one of the writers where he will thrive to provide you with the best
content in the form of movie, series, video game, comic con reviews along with interviews of
cosplayers around the world. 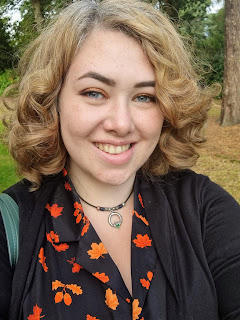 Erin met the Editor Skye Fawkes Cosplay when she joined the Basingstoke Cosplay Collective Cosplay group back in 2019 and has been cosplaying since 2017 (although she has enjoyed wearing and making fancy dress costumes for the majority of her life!). She cosplays a wide range of characters from Disney princesses, Marvel, DC and has more recently been branching out into horror. She loves crafting and regularly challenges herself to make as much of her cosplays as she can. Some of her favourite fandoms include Marvel, Disney, fantasy and anything horror.
Instagram: @letsgetreadytorinba