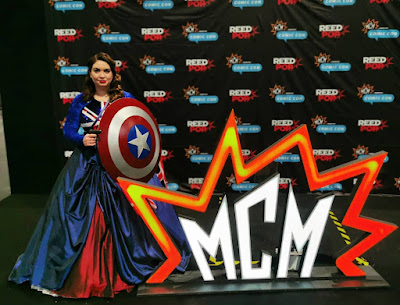 It's Skye Fawkes and The Wong Cosplay here doing a joint collaborative post!

It’s nearly October, nearly Halloween, it can only mean on thing, MCM is almost here!

The pandemic now feels like a distant memory and conventions have very much been back in action this year. The second con returning from Covid came in with a bang, re introducing what we all know and love in conventions!

Skye Fawkes: MCM Birmingham was my first big convention after the pandemic that stopped the world. It was certainly surreal being back, queuing up again, walking the halls, hanging out at Spoons, it was certainly good to be back! It felt like a homecoming, the atmosphere was great. It had been so long since friendship groups had connected, since costumes had been worn. It was a long awaited event for sure!

The Wong Cosplay: Many of us, including myself, were happy to be reunited with friends that we have not seen for two years and I was featured in a post on the MCM Comic Con Instagram page doing just that.

The Wong Cosplay: I made my debut as Wong for the weekend!

Skye Fawkes: Parking was easy, and we were closer than usual. The queuing system worked very well. It was quick and easy which was great to be able to get into the convention smoothly with minimal waiting around. As usual there was cloakroom facilities which I always use there which again were also quick and easy.

Whilst I didn’t see all the stalls that I usually come across there was a good number of different vendors. I personally always love Artist Alley and as usual it didn't disappoint! There was a big issue with spacing of the stalls. The stalls had big gangways which was great…. but the stalls were still next to one another. This didn’t stop the build-up of people around each stall. I feel that the public expected a little more measures entering such big venues, crowds and indoor spaces again after Covid. At peak times in the halls, it certainly made for an anxious environment. I personally tried to keep out the halls at those times especially wearing a large ball gown skirt. When I was in the halls I managed to bump into many other versions of Captain Carter which was great to see so many brining her along to conventions!

The Wong Cosplay: MCM brum also brought us some of the biggest guest appearances with guests such as Hayden Christenson (Anankin Skywalker - Star Wars), Ian McDiarmid (Chancellor Palpatine - Star Wars), John Rhys-Davies (Gimli - LOTR), Roger Clark (Arthur Morgan - RDR), Peter Blomquist (Micah Bell - RDR) and Rob Wiethoff (John Marston - RDR). Due to covid precautions exercised by MCM at this time it did bring some unfortunate downsides to these appearances. Meeting these guests was limited to those who had booked photo ops or had paid for autographs meaning there were no opportunities to line up to spend some time having a short discussion with the guests. Furthermore, photo ops involved the use of a screen between you and the guest, limiting poses for photos and making it less enjoyable, a rather disappointing factor when, for some of these guests, photos ops cost in excess of £200.

Something unusual did happen whilst I was in the line for John Rhys-Davies…. A couple took the unique opportunity to propose in front of John, and we can tell you the proposal was met with a resounding YES!

Skye Fawkes: There were photographers outside the halls taking photos as usual and again these areas could get busy and crowded at peak times. Even the upstairs section that once upon a time we would have all to ourselves for photos is now a well-known photography area and was buzzing all day long.

The buzz was there, a lot of people showed up, the cosplay was still on point, and it felt like things were back to ‘normal’.

It’s always such a great time at MCM Birmingham, in fact its my favourite convention out of all of them! I love the relaxed feel, the fact its that bit smaller and easier to get around to make for easier access in and out for pictures, you can always get a seat in Weatherspoons which is a must for social hang outs! 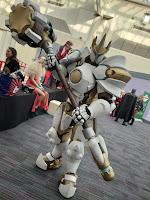 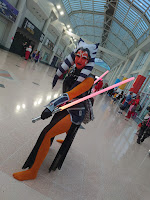 Lets take a look at some of what's to come for the next MCM Birmingham!

American actor and Golden Globe winner, the one and only Hellboy Ron Perlman will be appearing at MCM Birmingham on Saturday and Sunday! Best known for cult classic film and TV shows including Sons of Anarchy, Hellboy and Pacific Rim, Ron will be chatting to fans, posing for photos and signing autographs too. 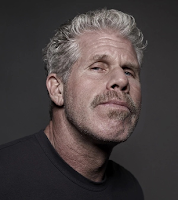 Incredible additions to the hotly anticipated line-up are none other than WWE champions and formidable female fighters, Mickie James and Trish Stratus. Both Mickie and Trish will be appearing all weekend at MCM Birmingham demonstrating their unbeatable knock out ringside moves and revealing tips and tricks on the world of WWE. 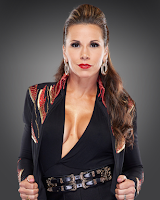 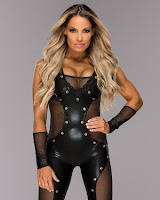 For the Anime fans, look no further…incredible actors Sonny Strait and Luci Christian best known for hugely popular series including ultimate superhero anime My Hero Academia, the fantastic One Piece and arguably Sonny’s most prolific role to date, Dragon Ball Z, will be entertaining the Birmingham con and meeting fans across the full weekend. 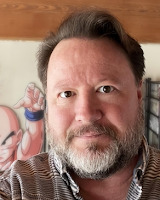 We hope to see you there!

Posted by Daily Cosplaynet at 11:38 pm