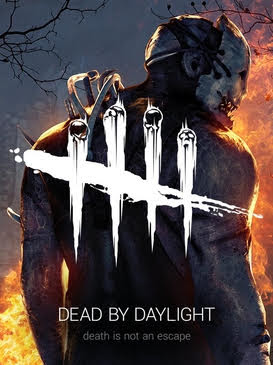 Ok… I know I’m a little late to the party. Dead by Daylight has been out since 2016 but I only discovered it back in 2021 when my brother introduced it to me on a recent trip home to the UK. If you’re already a DBD player, then you can scroll to the bottom for the latest scoop on the new killer.

This game did not sound like my cup of tea at first. I’m not normally the type of person who enjoys horror films or anything remotely scary, I hate being jumpy and loud noises often trigger me. I’m also terrified of Michael Myers, Halloween honestly traumatised me as a kid! Haha…But I sat and watched my brother play a few games and got quite more and more intrigued and into it, so as soon as we returned to Vancouver, I purchased the game and from then on out, I was HOOKED!! (If you play, you will get the pun 😉 Ha-ha!)

Now, for those of you who are even later to the party than me. Dead by Daylight is an online, survival horror game, where you can choose to play as a Killer or Survivor. You are then placed on one of the many maps in the game, to endure an intense game of Hide & Seek!

There are 4 survivors in a team and the aim of the game is to sneak around fixing generators, whilst the Killer hunts you down. When you are hooked by the killer, your life is placed on a timer (you can attempt to jump off the hook, but the chances are normally extremely slim.) Your teammates must then come and unhook you before time runs out. You must then be healed by your teammates or find a way to heal yourself so as not to leave a blood trail. If you’ve already escaped the hooks twice and the killer catches you and hooks you a third time, then you are sacrificed and its game over for you.

Generators take around 80 seconds to fix unless you have tools or items such as a toolbox which will help speed it up. Once 5 out of a potential 7 generators have been fixed, two exit gates will light up. You must try and get the gates open before the killer catches you. I believe it takes about 20-30 seconds to open the doors to freedom, but it can feel like a lifetime, especially if you are the last person left or the killer sees you trying to escape and comes for you.

In this game you really must stay calm and try and think strategically. I find it best to play using headphones and turning the lights off so you can really get in the zone. You cannot communicate with anyone in the game, it just helps you listen out for the heartbeat monitor which will go off if the killer is nearby. I think you can communicate with people via text on PC, but not sure if you even can or how it works.

Playing as a survivor is my favourite, it means that you are not alone, you have team mates! You can normally find a good team that will watch your back and try their best to make sure you all make it out alive.

Each character has different perks and skills that can help you escape the killer and fix the generators faster, so it can be helpful doing a bit of research before you choose who to play as first as some characters have better perks than others.

What’s cool too, is that some of the newer characters are people from actual horror films & TV shows; like Laurie Strode from Halloween, Quentin Smith from A Nightmare on Elm Street and even Nancy Wheeler & Steve Harrington for all you Stranger Things fans out there.

Playing as the Killer can be difficult, as you play in the first person. Meaning that it can be harder to see your targets. Each Killer has powers and perks that they can use to make it easier for them to find you, such as, setting traps, using Aura-reading abilities, or blocking access to generators.

You can play as some of the original game killers like the Trapper and the Wraith. Or you can play as some characters like Michael Myers from Halloween, Freddy Krueger from A Nightmare on Elm Street and Ghost Face from Scream. There are currently 27 killers to choose from at this time in writing, though some of which you can only play with if you pay for them.

Whether you play as a killer or a survivor you gain points after every game depending on how much you contributed/achieved. You can then spend those points in your Bloodweb. These points can buy things like items or new perks, and they also level up your chosen character.

A little tip - Sometimes you can “reason” with the killer and if they are feeling nice or just not taking the game too seriously, they may let you live and help you escape. Just try nodding at them or ducking up and down (also known as Teabagging!) and seeing if they will help you out.

I find that sometimes if you’ve played the game well and respectfully, but all your teammates are dead, the killer may actually carry you to the exit gates or if you’re super lucky they may find the secret exit hatch for you, which only appears when you are the last survivor and can be tricky to find!

Another great feature of playing this online, is that it can also be played cross platform! Meaning that it can be played with friends no matter what kind of gaming console they have. I have this game on both PS5 & Nintendo Switch, so me and my partner can play in the same room, which is really fun even if it is not as helpful to winning the game as you may think, Ha-ha!

I can also play online with my brother who lives in the UK and has an Xbox. This game has meant that we probably talk more now than we have done since I moved to Canada in 2018! Hahaha so that’s pretty awesome.

DBD just got a little more exciting recently with an introduction to a NEW KILLER!

Sadako Rising (yah, that chick from the Ring!!) was released into the game back in March 8th, 2022. Unfortunately, I haven’t had loads of time to play but I’ve had a couple of matches against her, and she is pretty fun and terrifying to try and escape from - Hahaha!

Her primary weapon is the Ring of Fury, where her thirst for vengeance remains and nothing can stop her flooding rage! Her main power is Deluge of Fear, where she curses the survivors through the means of a videotape. There are screens placed throughout the map that she can use to travel through, and the videotape (which survivors can pick up) can add condemned progress to the players. She can also turn invisible on the map and will only become visible once she is within 24 metres of you. It can be super hard to escape killers once they see you, as you leave behind red scratch marks behind you when you run, so this is a great perk for the killer to have.

Scourge Hook: Floods of Rage – She can form a psychic connection with the Entity, meaning 4 hooks reveal themselves to her in white at the start of the game, and each time a survivor is unhooked from one, the auras of all survivors are then revealed for up to 5/6/7 seconds.

Call of Brine – She uses her psychic abilities to influence technology. Meaning she can influence the regression of the generators and each time a survivor gets a Good Skill Check the generator will let off a loud noise notification.

Merciless Storm – Whenever a generator is repaired by 90%, it will set off a chain of skill checks. If a skill check is missed by the survivor, then the generator will become blocked for up to 16/18/20 seconds.

You can purchase different perks for her in the Bloodweb, but these are the ones that are unique to her.

All in all, she is a fun killer to play against just for her chilling appearance. I’ve escaped her once before, but I find some of the gamers that play as the killers are just too good and just know the maps so well, so it can be extra challenging at times!

If you’re looking for people to play with, feel free to add your username and platform in the comments box below to meet some like-minded people and make some new gamer friends! 😁

Thanks for reading! ❤️

Posted by Daily Cosplaynet at 10:21 pm