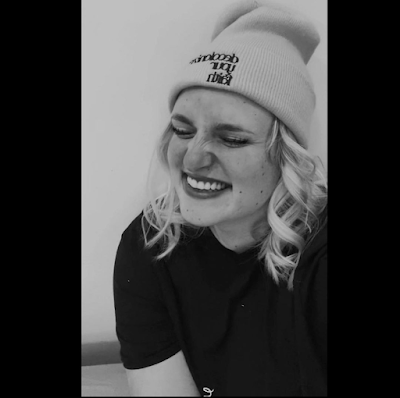 Victoria Carbol is an extremely talented, LGBTQ singer/song writer based in Vancouver, BC. She writes theme songs for books, as well as creating music about her own journey through life.

Her most recent song, Picket Fence Girl is a passionate, heartbreak/love song about a girl she fell in love with at her church, whilst still trying to come to terms with her sexuality as a gay Christian woman.

Victoria’s voice is hauntingly beautiful, melodious and comparable to the likes of artists such as; Aurora, Hayley Williams and Leah Mcfall.

Her bookish songs will take you deep into another world. Literally, Song of the Witch Kingdom will take you straight into the world and politics of Erilea, a continent created by best selling author Sarah J. Maas in her YA fantasy book series - Throne of Glass. This song is so amazingly detailed and must have taken a really long time to finish. You can really see how much heart and time went into the writing and how it accurately portrays the story. I can see why the fans love it by the fact it has nearly 1 million listens to on Spotify!

Victoria is also part of a folk-rock duo called Strange Tides, who are playing in Vancouver in April this year. I will definitely be checking them out and looking forward to hearing live music again! 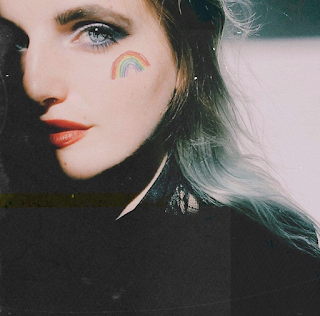 How long have you been producing/writing music?

I think I wrote my first song around nine years old, but I didn’t start seriously writing until Taylor Swift came on the scene when I was 12. I remember chucking my classical piano books aside and thinking, “If this girl can write about her life, why can’t I?” I wouldn’t say I’m much of a producer, but I have been dabbling in garage band for about ten years.

How long roughly does it take to produce a song? 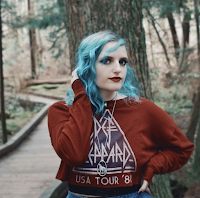 It depends! Since I’m not confident in my production skills, I often stick with simple piano/strings tracks, which works well for cinematic/fantasy themes, in my opinion. So those take maybe ten or fifteen hours? If I attempt any sort of percussion, I think it’s upward of forty painful hours, hahaha. For my epic orchestral songs, I usually work with a professional producer to give it that quality I haven't quite figured out yet.

When did your folk-rock duo; Strange Tides first get together?

We formed in 2019! I had a solo gig and asked Kirsten (my now bandmate) to accompany me. During practices, we realized the dynamic was too good to let go, so we became a permanent duo from then on.

Congratulations for coming out recently! Does it feel like you can express yourself more freely now in your song writing?

Thank you! Definitely. There’s the obvious aspect to it, where people now know the love stories and break up anthems I write are queer. But what’s been more impactful to me is the ability to reclaim my own narrative. A lot happened to me in the process of coming out; I left fundamentalist Christianity, lost a church community, lost friends, caused family division. It wasn’t easy. And because of the nature of being queer in a strict religious context, it wasn’t something I could exactly talk about before coming out. For that reason, a lot of people were rather shocked and felt like I blindsided them, or that they didn’t know me at all. Rumours spread, people were confused. Writing music gives me the ability to tell my own story in my own words, so it feels like a very meaningful way to take my power back after so much disruption. I’m excited to dive more into that kind of song writing going forward.

Tell us about your inspiration behind your newest song – Picket Fence Girl?Picket Fence Girl is a sapphic anthem for the jilted. I wrote it about a girl I fell in love with while I was still in that old church struggling to come to terms with my sexuality. I thought we were on the same page, but she ultimately couldn’t rationalize her queerness with her faith. The song is a rather petty outpouring of my woundedness in being dumped, though I certainly empathize with her struggle. I think you can see that internal battle in the song, where the first half is rather angry, and then a shift comes before the bridge and I sing, “It never really was that simple, was it?” As anyone who grew up LGBTQ and Christian knows, indoctrination based on guilt and shame—when you’re told that guilt and shame is the voice of God—is nearly impossible to shake. While I wrote the song in anger, the truth is, that girl was honest from the start, and I just wasn’t listening. I have another song about that coming soon. ;)

Have you ever had an author reach out about a song you’ve written for their book?

Not directly, but I have had a few authors re-tweet or post to their IG stories! Most notably, Victoria Aveyard called The Ghost of You “viciously good”. When I met her at a book signing she thanked me for the songs and I cried and it was embarrassing.

Do you have a favourite book genre to write songs about? 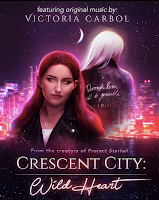 Definitely fantasy. There’s just so much history and magic to draw on, the music seems to write itself!

You’re writing your own YA fantasy novel, which is so exciting! Can you give us any clues as to what we can expect?

Yes! I just signed with my agent, Margaret Danko of Paper Over Board. We are currently working on some edits together. So far I can tell you it is a sapphic contemporary fantasy retelling of Beowulf!

Do you think you will write any songs about your new novel?

I’ve long harboured a dream of publishing a book and releasing a whole number of songs alongside it. I can’t promise anything for sure, but creating an album to go along with my debut is definitely a concept on my radar.

What’s been your favourite song you’ve written so far?

That’s such a tough question. I like different songs for different reasons! I think I am most proud of Song of the Witch Kingdom, because it was such a hard song to write. I spent so many hours piecing together the history of the kingdom SJM reveals throughout the Throne of Glass series and making notes about the plot events. From there I spent a good chunk of time trying to fit those facts into the correct rhythm and rhyme. I almost gave up so many times, but I’m so glad I didn’t as it is my most-loved song by fans AND my most successful release to date.

You’ve written songs about Sarah J Maas’s Throne of Glass series (which is one of my absolute favourite book series ever!) Which character do you think you would most likely be, if you were to be cast in a movie adaptation of the series?
Depends on if we are going for personality or looks hahaha! I change my hair a lot but it’s currently silvery blonde, so I guess I’m a plump Manon? :’) Personality-wise, I definitely relate strongest to Rowan.

I first discovered you by watching the Cresent City Cosplay Trailer - Wild Heart! Have you worked with any other cosplay groups to create music videos?

I’ve worked on three other major cosplay music videos for my songs “Burning Heart”, “Ballad of Terrasen”, and “Welcome to the War”. For all three, I didn’t work with any specific group, but either put out an open casting call on Instagram or DMed cosplayers I was interested in working with. My favourite by far is the Ballad of Terrasen, which was directed by PJ Shepherd. All of the cosplayers captured their own footage under PJ’s tutelage, and the stuff captured by @parchment_and_realms (my Aelin, and her husband who played Rowan) was movie-level amazing. They even put together some tricks with real fire and used a drone for birds-eye shots. I wrote the Ballad of Terrasen as a theme song for Aelin’s emotional journey throughout the Throne of Glass series, and so it was really special to find cosplayers to portray the main members of her court and finish the video with a coronation scene. 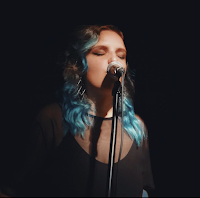 Do you have a favourite book/book series of all time?Another hard question! Top film is maybe Stardust, though I’m hesitant to settle on that for sure. It never gets old to me, though. Likewise, I don’t think I could pick a favourite book, but the Graceling by Kristen Cashore has stuck with me for a good chunk of my life. I read it while I was a tween deep in fundamentalism and was so taken aback by the feminist messaging, particularly in the MC’s romantic choice at the end. But it certainly prompted me to think and grow and has stuck with me ever since.

What’s the last book you read?

Actually, it was a manuscript written by my very own grandmother! She’s on her own quest for publication, and I was providing some feedback for her. I’m also currently half-way through Calling Down the Sky, a poetry collection by Rosanna Deerchild, which tells the story of the residential schools here in Canada and the generational trauma that has plagued indigenous communities as a result. I highly recommend it!

Do you have any live performances booked for 2022?

Two on the horizon so far! Strange Tides is playing at the Railway in Vancouver on April 8, 2022 (see our Instagram for ticket details). I will also be popping into Montreal YA Fest this May to play some of my bookish music. Check out their website for details: https://www.mtlyafest.com/.

Check out these AMAZING Cosplayer Music videos over on Victoria’s Youtube channel!

Welcome to the War Music video:

Thank you to Victoria for her time doing this interview. Stay tuned for more coming soon.

Posted by Daily Cosplaynet at 10:59 pm