A Day at Secret Con 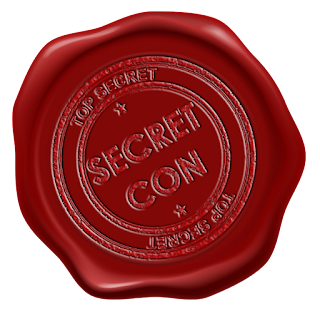 I attended my first Secret Con this month, and I’m giving you the low down on what the event is like, what to expect and how to prepare if you attend!

Now, the first thing you might be asking is “What is Secret Con?”. Secret Con isn’t strictly a convention in the way you may be familiar with. There are no stalls, no guests – it’s really a shoot day for cosplayers and photographers to spend the day taking pictures in a cool location. This event was held in the abandoned Gloucester prison, an AMAZING location for so many cosplays to get awesome pictures!

Due to the nature of the event, if you wish to attend you must apply to be able to get a ticket. Tickets are not on sale to the general public – this is because it isn’t an actual convention, it’s purely cosplayers and photographers shooting all day. Someone who doesn’t cosplay would find themselves very disappointed if they bought a ticket and found they had nothing to do there and no entertainment. Both cosplayers and photographers must apply to be able to get a ticket and provide their social media information to prove that they are a genuine cosplayer or photographer. It’s an easy process, and don’t panic – they’re not looking at follower numbers or using them to decide who gets to go. It’s purely to ensure the only attendees are real cosplayers and photographers planning on shooting. Once approved, you will be sent a link to purchase your ticket! The ticket was £19.99, which I felt was a great price to spend a day shooting in a location you wouldn’t normally get to. You would spend far more hiring a studio for the day!
The location itself was fantastic! It’s a very old building, with a mix of Victorian architecture and modern architecture as the prison expanded. It was closed in 2013 due to over-crowding, its old design and expensive upkeep. We had full access to cell blocks, exercise yards featuring a broken/disused helicopter, the chapel, kitchen, padded cell, and a creepy hospital room with dentist chair. Dark corridors, barbed wire and fencing, everything dishevelled; it’s such a perfect location for so many cosplays. How often to you get to shoot in a creepy abandoned prison! The prison was quite big and if you’re directionally challenged like me, you may sometimes find yourself unsure of which way to go; however, the organisers provided a really helpful map and everyone was so friendly, if I found myself feeling lost, I would just ask someone nearby how to get to where I would need to go and they would help. A note for the superstitious as well – the prison has held 123 executions in the past, the last in 1936 and is reportedly haunted. This may either excite you or scare you!Abandoned prison though it was, the organisers made sure it was well equipped with amenities. The venue is hired out regularly for events (including ghost hunting). There were more than enough toilets, a canteen and café with hot food, drinks and snacks and bins provided. There were rooms reserved for changing; though myself and many others were often just changing in the main baggage area for people to leave their bags and cases. Bags and cases were left in the first 2 rooms near the entrance, and the entrance was staffed all day. There weren’t any mirrors to hand, luckily, I had a large make up palette with a built-in mirror I was able to use when I changed cosplay. I would recommend making sure you have a mirror in case there aren’t any there, especially if you’re changing wigs etc. We went to Tesco first and got meal deals with us, however we easily could have bought food there. They even had vegan toasties, gluten free burgers and toasties, and veggie burgers and toasties! The prison is also situated in the town centre very close to the train station and car parks, it would be easy to pop out to get something if you wanted to.

After you’ve got your tickets, the organisers invite you to a Facebook group for the event to join which was extremely useful. A lot of cosplayers and photographers may already know each other, but many won’t. The Facebook group gave the organisers the ability to inform people about the event and organise things. It also gave us the chance to get to know other people and organise shoots before the event. Cosplayers could post their line ups and photographers could post examples of their work and ask if anyone had any interest in working with them. I personally found organising with some people beforehand helpful. It’s a large venue and there were a lot of people there, and it’s easy to get there and feel a little lost and feel awkward about approaching people asking if they would like to shoot. I had spoken with people from the group in advance, so I was able to message those people when I arrived to find them. The organisers did set up an amazing feature called The Bus Stop. This was a dedicated location where if you felt a little lost, overwhelmed, too awkward to go up to people, didn’t feel like you knew anyone etc, you could go to the bus stop and find other creators in the same boat looking for someone to work with. This was an amazing feature, as the nature of the event does mean you need to have a certain amount of confidence in asking people to work together.

I chose to do 2 cosplays there, some did more, some stuck with the same one all day. We did arrive a little late; the event opened at half 9 and we didn’t get there until just after 11. We stopped at around 14:30 to eat and change cosplays, and I was then shooting right up until the end of the day at 17:00. It’s up to you how many you personally think you can do in one day and be happy with how many shots you’ve got! For me 2 is a good amount. Some people who arrived the day before and were staying in hotels did attend an evening shoot at Gloucester Cathedral set up by the event organisers.  I didn’t stay over on this occasion; however next time I will as I would like to get involved in any evening shoots the night before and bring an extra cosplay for that.
Overall, I thought the event was fantastic. If you’re a cosplayer or photographer who loves getting photos on location, this is a great opportunity for you to get some amazing content. My advice would be to make your cosplays weather appropriate – a lot of shooting was outdoors and even indoors there was no heating, so there were a lot of cold cosplayers! Bring bottles of drink to stay hydrated. Make sure you have a mirror for costume changes. I personally try and pick cosplays where I can use the same makeup to make the changeover as smooth as possible. Utilise the Facebook group, try and organise shoots in advance where possible and message people you know or have spoken to when you get there so that you can find them. Make sure your cosplay matches the location – you may have the best Disney Princess cosplay in the world but it’s going to look a little odd in an abandoned prison!
Secret Con isn’t only held at Gloucester Prison, the location changes for variety. The next event will be on 4th September 2022; and is being held at a Mansion in Staffordshire. We’ve only had a tease of what the venue looks like, but we have been told it’s a period building surrounded by lush green land with twisted trees and a large lake, private gardens with cut shrubbery and a stone water fountain. The interior has large stone fireplaces, intricate staircases, large doorways and a floor to ceiling library. I’m going to be applying for my ticket as soon as it’s open as I have lots of cosplays that this location would suit! The prison had a lot of Marcel, DC and Horror cosplays which worked fabulously; however a lot of these won’t suit a period mansion. I think we will see a lot more Anime, Disney and Video Game characters at the next one!
For more information and to get your tickets to Secret Con click here! Hopefully see you at the next Secret Con!

Posted by Daily Cosplaynet at 10:19 pm