Conventions Around the World - Part 3/4 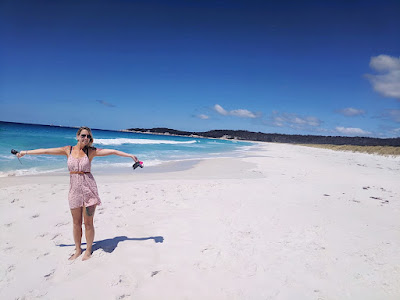 G’day From Down Under!

We’d been living in the awesome, multi-cultural city of Melbourne for a few months, on our
second year of travelling and we were due another nerd fest. So, I was super excited when I discovered Supernova was right on our doorstep!

Around 160,000+ people will attend all six events held by Supernova with Sydney being the busiest! It was rather busy at the Melbourne event but it never felt overcrowded like MCM London sometimes felt.

Australia is full of natural wonders, incredible beaches, deserts, unique experiences, and amazing landscapes but the most amazing thing I discovered here was the abundance of wildlife that resides down under! 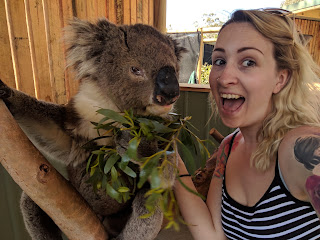 As someone who works in the Animal Care industry, getting to see the huge variety of wildlife Australia has to offer was really a once in a lifetime experience. Even just walking around Melbourne you can spot a variety of birds like Rainbow Lorikeets, the hilarious and a little bit terrifying Magpies and the bin rummaging, Australian White Ibis with their unusually long beaks and weird ways.

Wildlife Conservation is really important to me, and I would like to just take a moment to remember the 3 billion wild animals that were affected during the 2019-2020 bush fires ☹. The world is burning but we can do our part to help. By making governments accountable, using renewable energy, eating a plant-based diet (Even if it’s just a few times a week!) consuming less, recycling and reusing (especially great to think about when it comes to creating cosplays!).

“If we save our wild places, we will ultimately save ourselves” 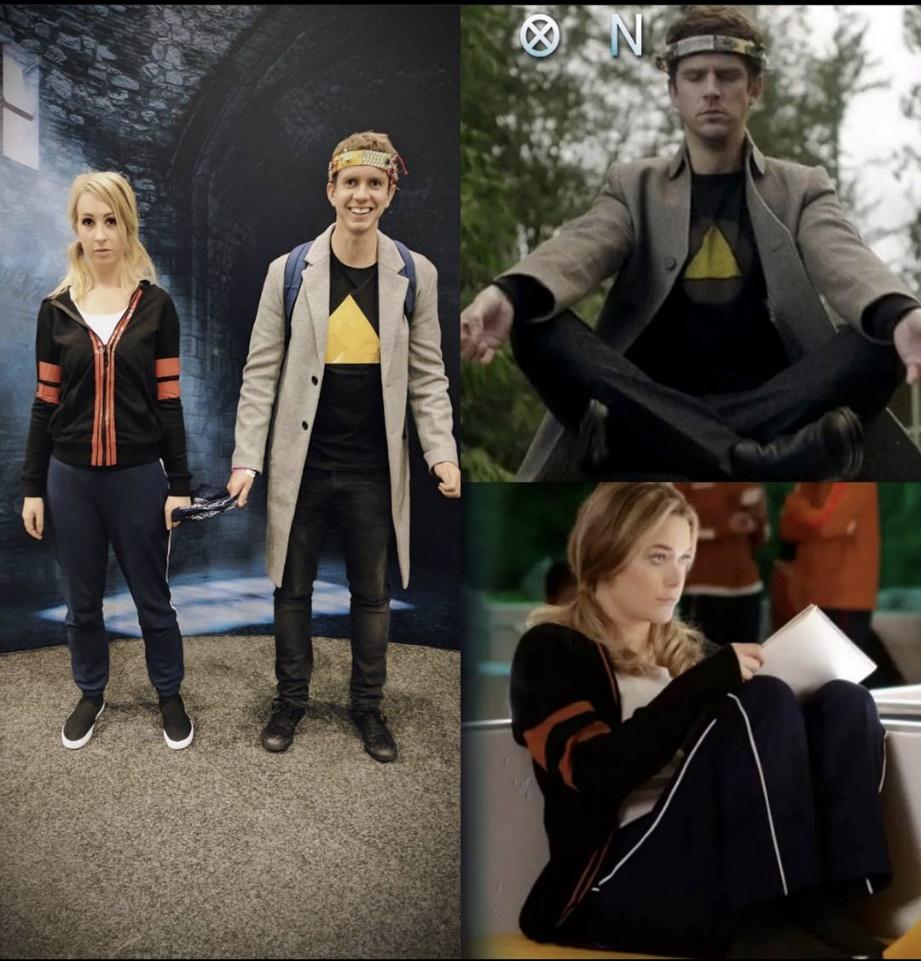 Our chosen Cosplays for Supernova were David and Sydney from the Marvel television series – Legion.

If you haven’t watched it yet I highly recommend it, at least the first season was wonderfully weird!

The show is so intense and creative it is unlike anything I have watched before.

It is based off to Marvel Comic and follows the story of David Haller. A paranoid schizophrenic who is sectioned in a mental institution but is probably one of the most powerful mutants in the Universe. Dan Stevens’s performance in this show is out of this world and to be honest, I’ve had a huge crush on him ever since!

We have yet to watch season 3 properly though as the show did start to slow down and get even more confusing than ever. This made us naturally lose interest but I’d quite like to finish it one day though to see if they at least gave us some answers! 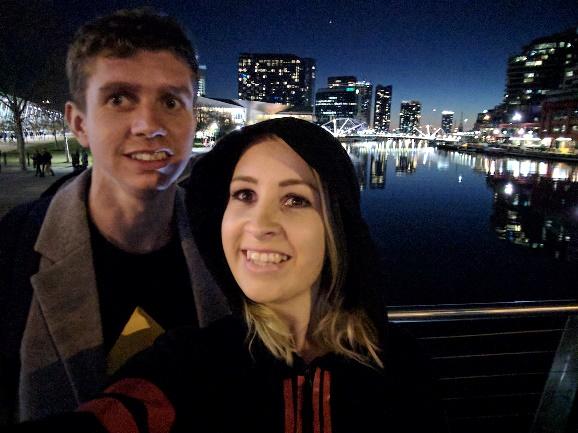 The weather in Melbourne is a bit temperamental and can get cold, so another Winter convention on that side of the Hemisphere meant needing to wear thermals underneath my clothes again, but I didn’t mind too much, it kept me warm! Hats off to all you Cosplayers that brave the cold when your costumes may not require that much clothing, you’re braver than me! Haha!

I much prefer summer conventions, even though I would probably then complain of being too hot anyway! (I am British Afterall

My cosplay was super easy to create. I just cut up pieces of red tape to stick to onto a plain black hoodie and tied my hair in pigtails. I already had the rest of the outfit in my wardrobe! This was also my first time trying to accurately contour my make up to look more like Rachel Keller, who plays Sydney Barrett. 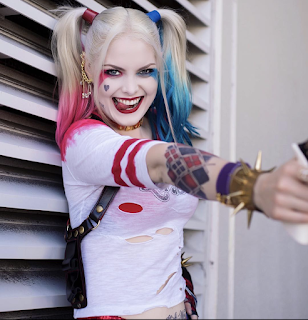 Jakes costume took a while to come together. We looked everywhere for a long grey coat, at least one that was a reasonable price. In the end we found this one in a Charity shop. He already had a black t-shirt which we used by applying yellow tape in the shape of a triangle to match the one David wears in the show. The telepathic head piece that David uses to help control his powers was made just by using paper, tape, tin foil and tiny circuit boards from a Hardware store. I really wanted to try and get it to light up, but I left it a bit last minute to do.

One of the Cosplay guests was Laura Gilbert - @Infamousbylaura, who does an amazing adaptation of Margot Robbie’s - Harley Quinn, as well as many other beautiful and creative cosplays.

Fun fact: I fan girled pretty hard when I walked past her outside of the convention on the way in. I’m so bummed I was too shy to stop and ask for a photo with her!

And some of the celebrity guests included Alyson Hannigan (Willow from Buffy, who’s panel I went to watch. I’m a Huge Buffy fan and she came across as such a lovely person!) Daniel Gillies (Vampire Diaries) Zack McGowan (Agents of Shield) and Shannon Purser (Barb from Stranger Things). 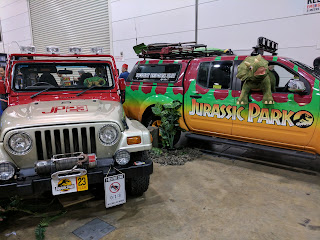 Melbourne Supernova had plenty on offer in terms of entertainment and things to do and see throughout the day. 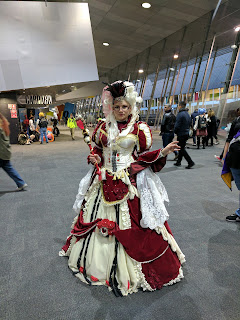 Overall, I rated this Melbourne Supernova almost as good at London’s MCM. Celebrity guests I believe are bigger in London and there is definitely more Cosplayers and stalls. But in terms of things to do, Supernova had just as much to offer, plus a few bonus quirks like the photobooth backdrops and the Silent Disco which I don’t remember seeing anything like that at MCM 2016. (See previous post!)

*Below are some of the amazing Cosplays from the weekend! I apologize again, I didn’t catch any names! please tag below if you recognise anyone! 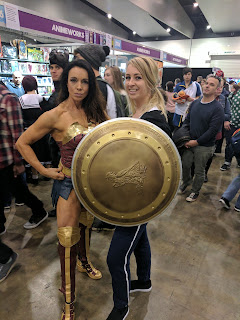 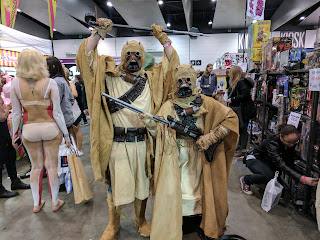 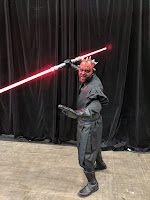 Posted by Daily Cosplaynet at 10:10 pm