Conventions Around the World - Part 2/4 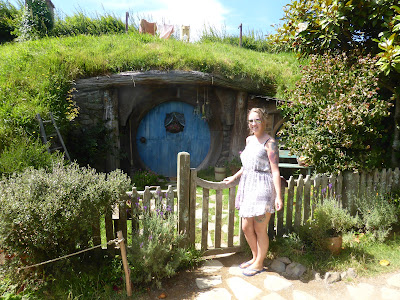 So here we are, on to Convention number 2, which took place in real-life MIDDLE EARTH!!

We moved to New Zealand on a year long Working Holiday Visas in 2015. We spent a few months travelling around the North Island before we headed down to Wellington in January 2016 to find jobs and enjoy Kiwi life! 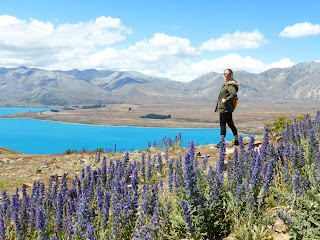 Wellington is a Windy little Capital City, situated around a waterfront promenade and not short on nerd culture. We absolutely loved our time there!

June 2016’s Wellington Convention, Armageddon was held at the Westpac Stadium, now called the Sky Stadium. Just a 5-minute walk from our little Thorndon Quay flat and a stadium we had visited before to watch the All Blacks!

It is an interesting choice of venue for a convention as the whole thing is just a large round circle, so rather than wondering up and down aisles, you must go all the way around or back track if you want to go back and visit certain stalls!

I would like to start off Part 2 with one of my favourite quotes, from the poem “All That is Gold Does Not Glitter” by J.R.R. Tolkien

“Not all those who wander are lost” 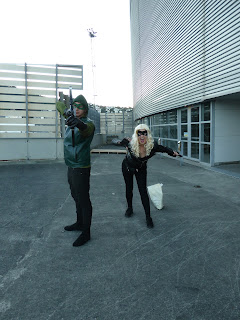 I attended Armageddon with my partner, and we Cosplayed as the Black Canary & the Green Arrow, a show we were pretty obsessed with at the time (We just love Steven Amell!)

My costume was easy enough to assemble by just purchasing a second-hand faux leather jacket, wearing black jeans and boots, black fingerless gloves and I made the mask out of felt. The wig was a last minute basic one from a party store! (I wish I’d splashed a bit more of the wig as the synthetic ones are so horribly shiny!)

Jake isn’t overly into cosplay but he’s a good sport and joined in with me anyway. His costume we made by spray painting a second-hand jacket dark green and cutting the sleeves to turn it into a tunic. He wore a green shirt that had a hood underneath, the green didn’t quite match but it was a good effort for the budget we were on. And again, using felt to cut the eye mask.

We brought a kids toy Bow & Arrow and spray painted it with a super shiny black which actually really turned out pretty awesome and looked very authentic!

I think we made it around the whole convention within the hour, so it really isn’t a huge convention, but it was still a lot of fun with plenty of amazing stalls, interactive games, and some really cool cosplays. Everyone was so friendly; we had a lot of compliments on our Costumes even though they were a little mediocre (I can be a bit of a perfectionist if you didn’t notice! Lol)

We saw guests such as Liv Moore from IZombie, Natalia Tena who plays Tonks in Harry Potter and even wrestling professional; The Honky Tonk Man!

Watching the wrestling was one of our highlights of the day. We both grew up watching WWF/WWE and I think this was the first live wrestling we’d ever seen, so it was fun cheering and booing along with the crowd! 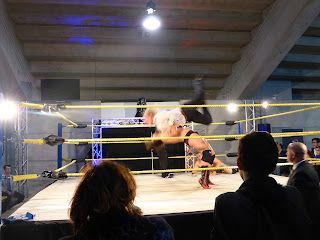 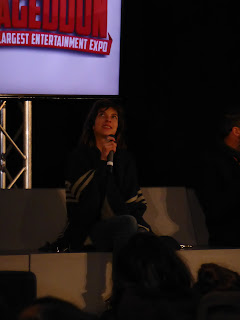 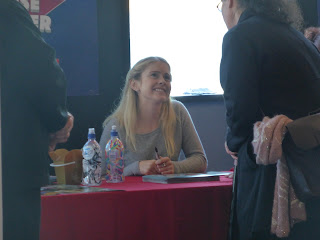 I hadn’t been working long before Armageddon so I couldn’t afford to make many purchases, but my absolute favourite thing I brought from that weekend was my STAR Labs (from, The Flash) Hoodie, which I love so much, because it has survived FIVE years of wear! I wear it ALL the time to work and the letters are only just starting to fray now in 2021! I wish I could remember the name of the seller. 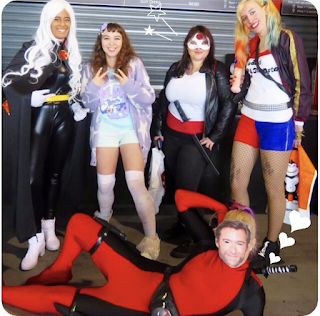 I was lucky enough to discover my new work colleagues, at my job at The Pet Centre, shared my love of Pop culture, so a group of us brought tickets and started planning out our Cosplays!

The rest of my cosplay group included Harley Quinn, Storm and Katana! Whilst my other friend, Indya, was selling her, cute AF, Kawaii art at the convention!

I decided to go as a femme Deadpool (I didn’t want to have to wear the whole suit all day over my face! Hats off to all you Cosplayers that are dedicated enough to do shit like that!)

I can’t remember where I ordered the suit from, but it wasn’t an expensive one and I got all my weapons from various dollar stores around the city, which I spray painted black to look more authentic.

I used Velcro straps to hold my katanas in place on my back, extra strong black tape to tape guns to my legs and I printed a Deadpool belt buckle, which I stuck on a bum bag so that I had somewhere I could store my belongings!

It was pretty cold in Wellington, being as June is their Winter! I had to wear thermals and my trainers underneath the suit so that I wouldn’t freeze my arse off or have to walk around without shoes! It did unfortunately make the suit look a little lumpy, but it was freezing outside and even inside the stadium, which I learnt very quickly from attending the day before!

This was my first and only convention with friends and it was just so much fun! I believe that finding yourself a little cosplay group of pals is a must-do for all of you nerds out there! As a group we did get asked quite a bit for photos from other attendees, which was a lot of fun and super flattering but by the end I remember everyone was exhausted!

It made me appreciate cosplayers even more as it is exhausting enough attending a con all day/weekend, wearing heavy and sometimes uncomfortable costumes. Let alone being constantly asked for photos every 5 minutes. So please be respectful, if you want to take a photo but spot them sitting, eating, or even going to the bathroom, just politely wait for them to finish as they are only human after all!

A friend of Indya’s had printed it out hoping to find a Deadpool cosplayer to re-enact that hilarious scene from the movie where Deadpool removes his mask and underneath is a cut out of Wolverine’s face stuck to his! This little sketch got a lot of laughs and applause, I pretty much wore it for the rest of the day!!

Posted by Daily Cosplaynet at 10:40 am