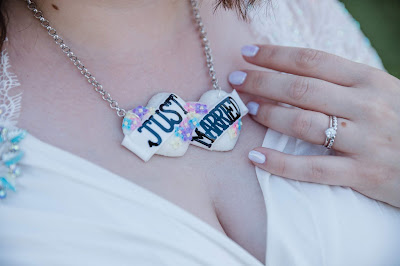 I wanted to update you on my year so far. Its been a whirlwind of a year. At the start of the year my partners grandmother passed away. Shortly after I found out that I was pregnant so that threw all plans for the year up in the air. I had a rough pregnancy suffering all the usual side effects at full power and I had SPD in my left hip and lower back badly like I did in my last pregnancy. After a very rough few months I started to feel a bit better and at very short notice myself and my partner decided to plan a holiday to Canada and we decided we would get married whilst we were out there. I had two weeks to plans a wedding and a holiday of a lifetime all rolled into one. We went to Canada with out son Leif and got married! We had a private helicopter take us to the top of a mountain in BC and there on a snowy mountain top we got married. We then spent two weeks travelling around BC exploring Vancouver, Squamish, Whistler, Pitt Meadows, and Vancouver Island. It really was the trip of a lifetime and a real adventure to do with a toddler and whilst pregnant. A few weeks after getting home we had a wedding party with family and friends in attendance. It was a very busy time whilst heavily pregnant hence the activity on the site had been slow.

In September I was in my third trimester and at a routine scan some problems were flagged but I was given the all clear to go home with an action plan in place to keep me monitored. The following day I hadn't felt any movement which concerned me but most movement was at night so I waited and overnight I also felt nothing. I went to hospital the next morning to be checked and found out my baby had died. A few days later I had to go back into hospital to give birth. On the 8th September I gave birth to my daughter Leia Violet at 29 weeks and 5 days into my pregnancy. Shortly after Leia went for a post mortem to try to figure out what happened for us all to be in this situation. Since then I have had to physically and emotionally process what's happened as well as arrange her funeral. Her funeral took place on the 5th October. Since then we have tried to rebuild as a family and move forward as positively as we can do.

If someone told me that 2018 would be a year of loosing family members, getting married, being pregnant and going through most of my pregnancy only to loose my baby girl and give birth to a stillborn baby I wouldn't believe them at all. Between these huge life events normal life has carried on. My son has started nursery, he had special educational needs and has been progressing well, my parents got divorced and my mother moved abroad and remarried and much more. This has been the best and worst year of my life rolled into one. Its been a non stop roller-coaster of event after event, some good, some the most devastating possible and everything in-between.

I am now trying my hardest to refocus and do the best for myself and my family. This will no doubt explain why the website has had to take a back seat for some of this year. However after all the heartache myself an Holly are back to share our cosplay passion, attend conventions, interview cosplayers and geeky businesses and share our stories with you once again.

Amongst all the madness this year I have attended Walker Stalker, Wales Comic Con, Alton Comic Con and Reading Comic Con with more planned for the rest of the year. I have also attended a Harry Potter event at Waterstones and another event is in the diary for next month. We have interviews in the pipeline and cosplay posts to share with you all.

Thank you all for your patience so far. Please bear with us whilst we get back on our feet.

Posted by Daily Cosplaynet at 1:04 am