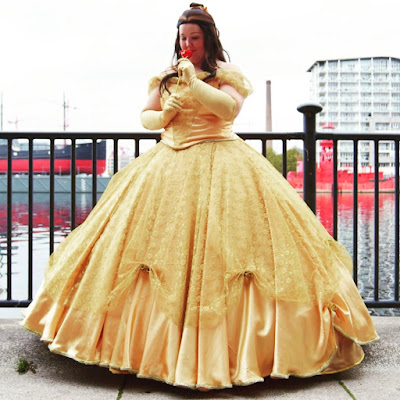 2016 marked my first year of entering competitive cosplay events. People decide to compete for different reasons, some want the prizes, some want the attention and some want to show off their costumes. Whatever your reason cosplay masquerades can be a lot of fun, but can also be a little stressful.
MCM London in October was my first big masquerade, up until that point I had only entered small contests at local cons. All I knew was that I was going to be up against some big competition. The standard of cosplay at MCM is always mind blowing and part of me wondered why I was even bothering to enter. 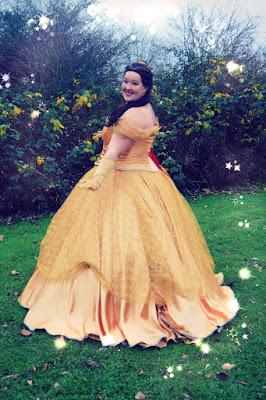 After arriving at the cosplay station on the Saturday at 10am to sign in for the masquerade I had to wait around for the pre judging. I was prepared and had a series of work in progress pictures on my phone ready to show. My biggest fear was that I would be accused of passing off someone else’s costume as my own so having the photos showing the various stages was a big comfort.

Slowly people started arriving and I could get a good look at who I was up against. Boy, I was really starting to second guess myself. There was some tremendous talent.

When it came my turn for the prejudging my mind went blank. I was standing there in front of the three judges holding my album of images and my mouth dried up, I was so nervous. I thought they would turn me away and say that my costume wasn’t good enough to enter. The judges were lovely and patient as I mumbled my was through explaining as much of the process as I could in the three minute countdown I had to show and tell as much as I could. 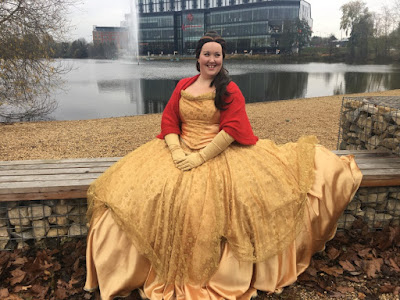 I felt slightly like a statue in a museum as this point, the three judges surrounded me, looking over
every inch of my dress, looking at the hem, the underskirt, feeling at the bonding in the bodice, checking over the eyelets and lacing in the back, lifting some parts of the lace, looking at hand stitching on the trim. It felt a little invasive but I understand why they were looking at these details.

Once the prejudging was done I was free to go until 2:30 when I had to be back at the cosplay station to head over to the mini arena ready for the contest. I was so nervous all day. I had no idea what I was going to do once I got on the stage, all I knew was that I had maybe around 45 seconds as I was not performing, to move around the stage and show of my costume. 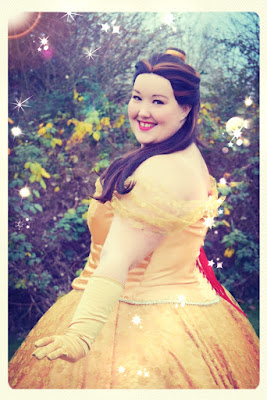 Finally the time came, we were lined up in the order we were competing and waited back stage, I was surrounded by fantastic cosplays and seasoned competitors. I was near the end of the line so I was waiting a long while, getting more and more nervous by the minute. I watched the line in front of me get shorter and shorter and finally it was just myself and two others left. All of a sudden my name was called and my music started and out I went. I rounded the corner and stepped up on to the stage and I princessed like I’d never princessed before. And I loved every minute of it. I posed, I twirled and I smiled to my hearts content. I was only on the stage for around 30 seconds but I felt like a life time.

I could not believe it. I stepped back on to the stage with absolute euphoria. It was so affirming to get that recognition for my cosplay. All the time and hard work spent on it just made it so worth it.

I have completely caught the masquerade bug now. I can’t wait to enter the next one.

Going forward I know what to expect now. What to show the judges, what to tell them, what to do when I get on stage, to have more confidence in myself and my costumes.

Posted by Daily Cosplaynet at 11:15 pm